Sunrise at the Uyuni Salt Flats

This is part 3 of our trip report to Atacama & Uyuni.  You can find the earlier parts here:

Today we were off to an early start again.  Yesterday our drivers offered us the choice if we wanted to leave early to witness sunrise at the salt flat or not.  It wasn’t really a hard choice, our complete group voted unanimous to leave early.  Sleeping out would be a strange choice as you will probably don’t get a second chance to witness this spectacle.

Luckily both jeeps start without any problems and soon we race into the dark night.  It’s silent in the jeep as we’re all still a bit waking up but still I feel pretty excited to finally see the Uyuni salt flat after these 2 days.  As we approached the salt flat you started seeing more and more headlights.  All of them were heading in the same direction.

The timing was perfect.  As soon as we arrived at the salt flat our driver drove us off to a quiet spot for some pretty cool pictures. 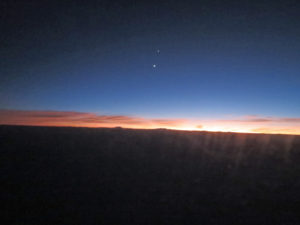 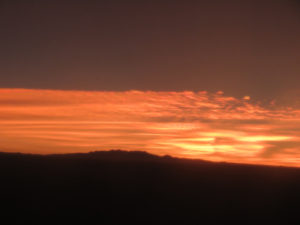 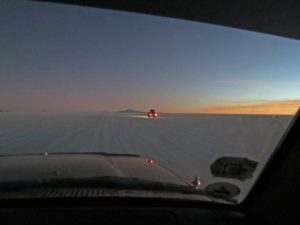 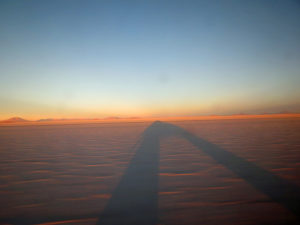 From here we continued to Isla Incahuasi (Isla Inka Kwasi).  This used to be an island a long time ago when the salt flat was still a lake.  Today it looks like a mountain in the middle of the salt flat.  You have pretty impressive views from this place as the salt flat seems to go on as far as you see.

During the rainy season, which ranges from December to April, the salt flat is still sometimes covered with some water.  Some say this is the best time to visit this place.  We taught this was pretty impressive already. 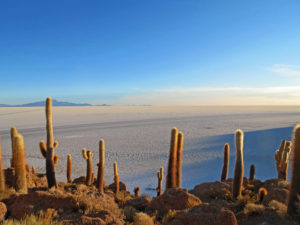 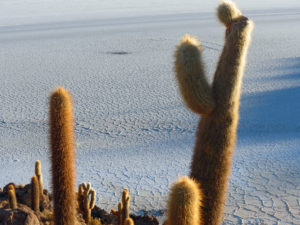 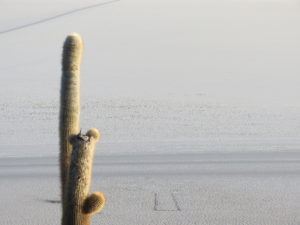 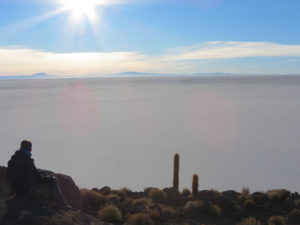 The pictures are probably not as half as impressive as it was to see this in real life.  We got plenty of time to enjoy the sunrise but honestly, I could be watching at this for a few more hours.

We had breakfast at the bottom of the mountain and afterward we got some extra time for an extra fun photo shoot.  You can just take some classic pictures but when at Uyuni you have to make some funny pictures as well. 🙂

As I wrote before we sometimes had the feeling we were taking part in a Dakar Rally.  As it turned out this could have been the case as since 2014 the Dakar rally has made a yearly stop in Uyuni.

From this point on we just made one extra stop visiting the train graveyard before ending our trip in Uyuni. 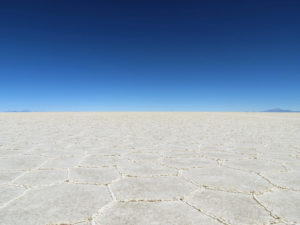 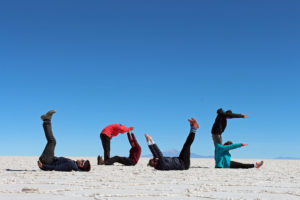 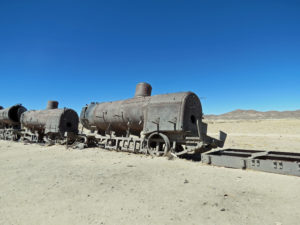 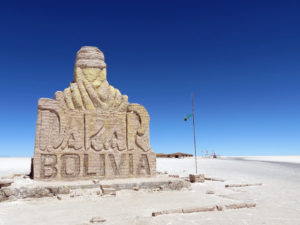 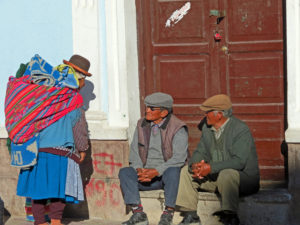 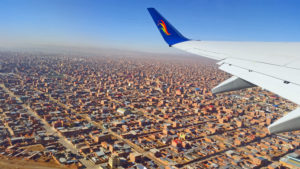 At this point, you have the choice of either heading back with the tour organizer.  In a few hours you will be back in San Pedro de Atacama.

Another option would be to take a bus to La Paz, Sucre, Potosi, Calama, Oruro, or Tupiza.  Uyuni also has a small airport.  2 companies, Amaszonas & BoA, offer flights to La Paz or Sucre.  We flew out of Uyuni with  Amaszonas to La Paz an continued with BoA to Buenos Aires.  Clean and modern planes in both cases, nothing to remark.  Amaszonas however has gotten a lot of bad reviews due to delays and it’s sometimes hefty prices.

If you are interested going to Uyuni as well, take a look at this guide to travel Uyuni.

To wrap up I can only stress how great these 6 days were.  I hope this blog has inspired you to add Chile and Bolivia on your bucket list.  Let me know if you did! 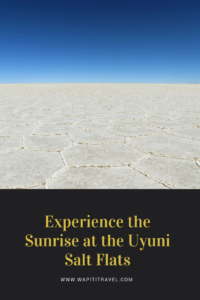 Categories: NatureSouth America
Tags: Salar de UyuniUyuni
Hi, we are Kris & Sylvia. Globetrotters in heart and soul. In this travel magazine we share our best tips and adventures. Get to know us better on our about us page . 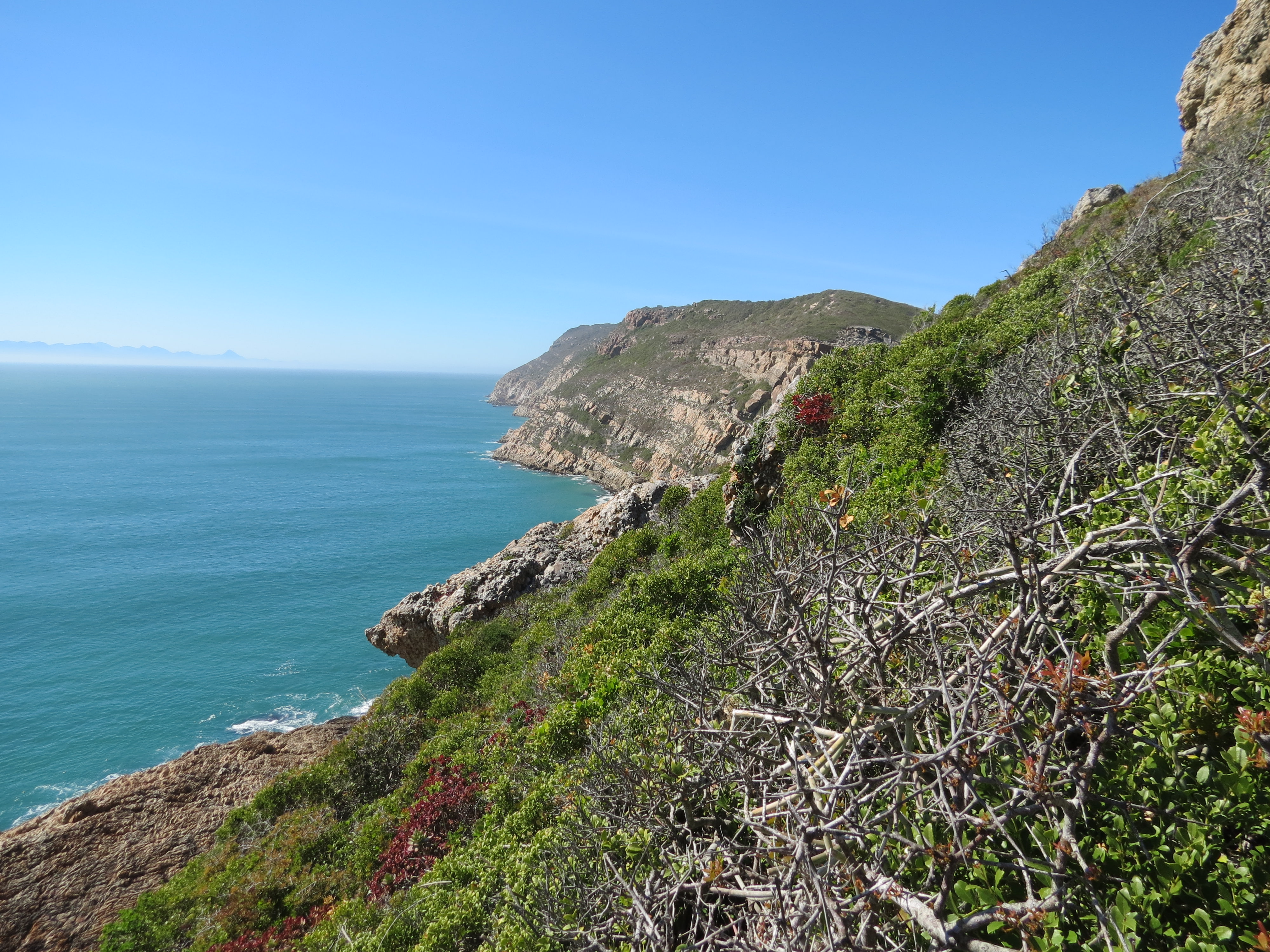 Hiking the Robberg Nature Reserve on the Garden Route

Loyal readers of this blog may have noticed that we are keen on hiking in nature. As soon as we discovered that they spoke in superlatives about the Garden Route as the most beautiful piece of Read more… 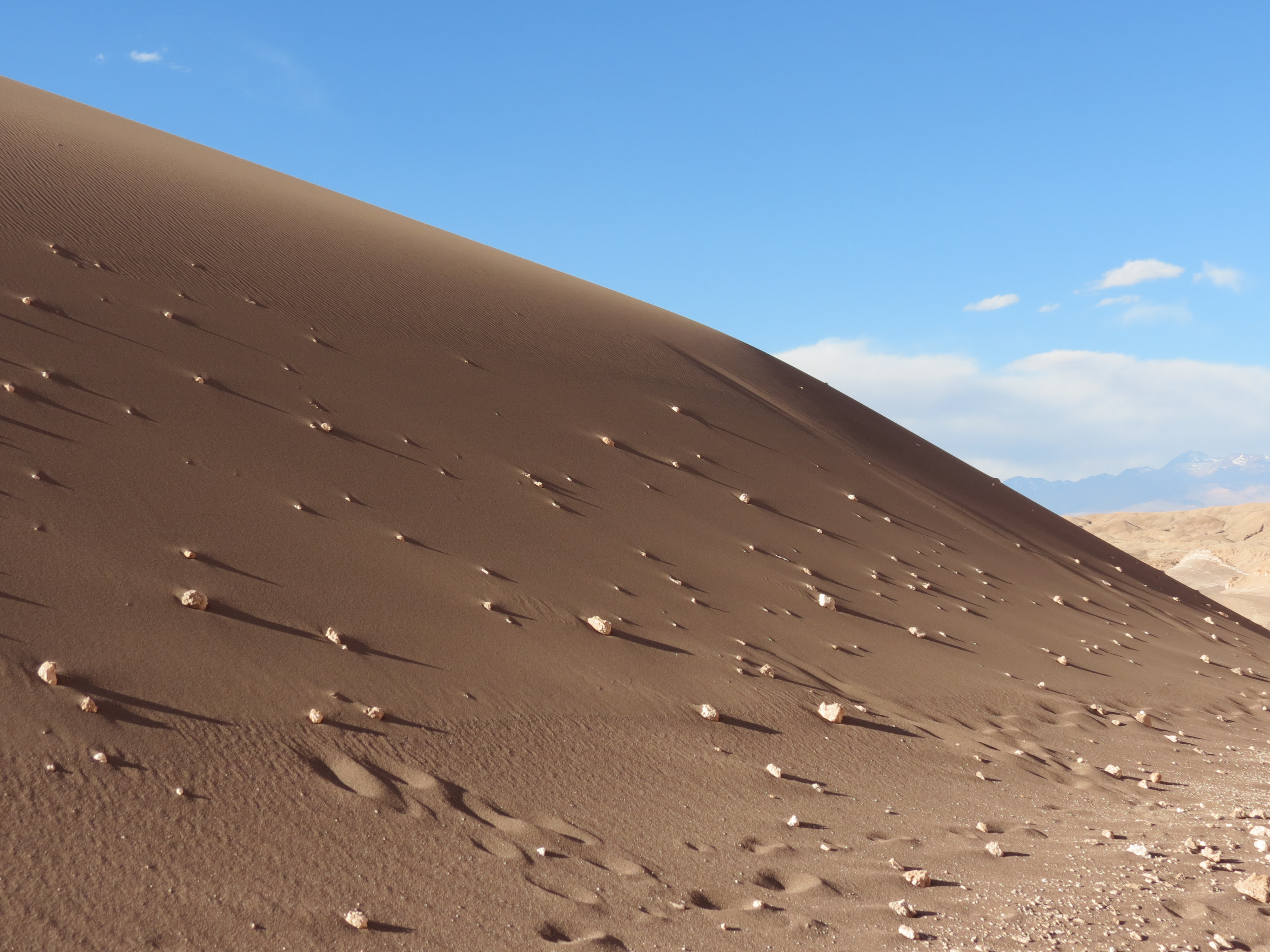 Fun things to do in San Pedro de Atacama

San Pedro de Atacama in Chile is a wonderful place to visit.   We enjoyed every minute of our 3-day long visit. Here we will share what’s the best time to visit San Pedro, how you Read more… 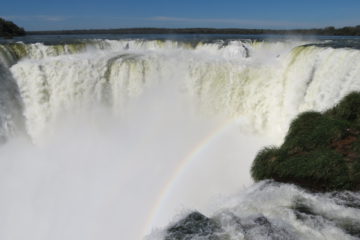 Nature can be beautiful and nature can be impressive and Iguazu falls is a perfect example of this. From the very first moment we got a view of the falls we were impressed.  From that point Read more…